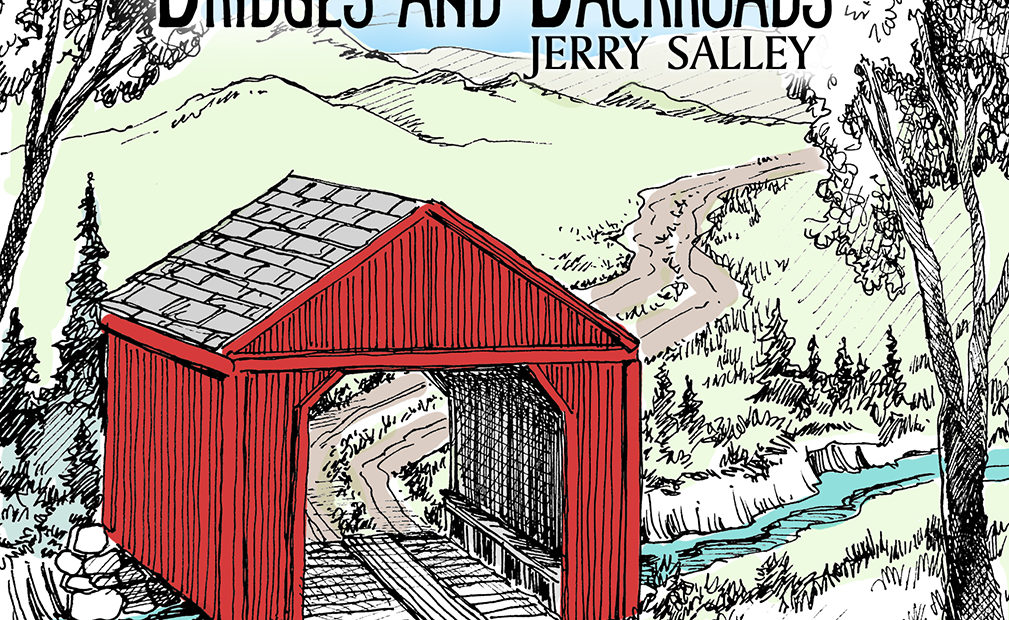 Rolling into focus with a gusty melody, “I Miss My Miss in Mississippi” clues us in on what we’re going to be hearing throughout the whole of Jerry Salley’s new album Bridges and Backroads right at the start of the tracklist. There’s a poetic element to the rhythm here that is constantly getting pushed to the forefront of the mix, and as we’ll soon find in the slower “Let Me Be the Bridge,” the part it will play in advancing the emotional themes in this record will be immeasurable in the grander scheme of things. Using vivid string harmonies and a voice that’s told a thousand and one stories, each one a little different than the last, Salley verifies his status as “One of Music Row’s greatest veteran tunesmiths,” as was first coined by Billboard Magazine a few years ago.

“I Take the Back Roads” and “You Can’t Hear a Heart Break” are together a melodic vision of what bluegrass is supposed to yield in ideal conditions, but neither had my attention quite as strongly as Salley’s collaboration with Rhonda Vincent, “Waltz Through the Ages,” did. This song and “How I Want to Be Remembered” are two of the more compositionally multilayered I’ve heard this player attempt, but he never sounds like someone who has bitten off a little more than he can chew here — quite the opposite, actually. He’s very confident in his stride, even when hesitance might have better authenticated his sentiments in “A Memory Like Mine,” and it’s the direct result of decades’ worth of professional investment.

The playfulness of “Be Better to Your Neighbor” quickly collapses under the pained, introspective weight of “Dyin’ to Hold Her Again,” but I think these two were designed to point out each other’s contrasting points. This tracklist twists us right into the dark country grooves of “Hillbilly Lilly” smoothly but by now the virtuosity of Salley’s songwriting skill is already on display for all the world to appreciate. He can’t condense his sound just to appease a specific faction of his or anyone else’s audience, and if ever there was a record in his discography to assert his individuality unapologetically, I think it’s got to be Bridges and Backroads. This is his sound, and he’s wearing it like the badge of honor it needs to be treated as.

In roughly seven minutes of unpredictably stunning melodicism, the balladic “Without Forgiveness” and ascending harmony showcase “Life to My Days” close out Bridges and Backroads on a peaceful note, but not before giving up some of the more memorable sounds to find their way onto this LP. I know Jerry Salley already has more on his mantle to be happy with than most anyone else in his scene nowadays, but I don’t think there’s anything wrong with calling this underrated gem of an album another highpoint in a career filled with legit homeruns. It’s terrifically satisfying for a bluegrass fan like myself, and exactly what was missing from my daily soundtrack in 2021.